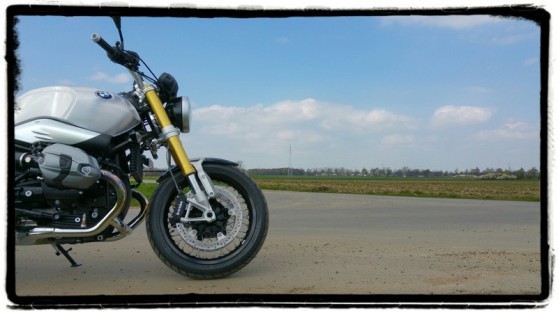 The sexiest bike of the entire BMW Motorrad range is the BMW R nineT. That’s my conclusion after testing one for a week. Praising words from (mostly non-motorcycling) colleagues, a big thumbs up from a car driver at a traffic light, a spontaneous chat at the gas station. I got more feedback with the R nineT than with any test bike I ever rode.

The R nineT was launched in 2014 on the occasion of 90th anniversary of BMW Motorrad. So it comes as no surprise the nineT has classic looks. Though not as classic as, say, a Triumph Bonneville T100 Black. The Beemer has a modern twist to it and tries to charm café racer and custom fans with its extensive personalization possibilities. 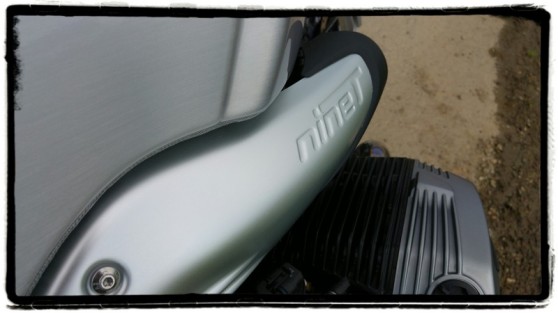 Back to the basics

The essence of riding is what the R9T is all about. Everything that’s not essential went overboard. No frills. While other BMW models are crammed with traction control, mappings, tire pressure control, electronically adjustable suspension and other techno shizzle, the nineT only got a non-switchable ABS. On the other hand it has a stylish design, finished with sweet details such as the BMW logo in the headlight or the embossed nineT logo on the air intake.

The 1,170 cc boxer comes from the previous R 1200 generation, and is the last of the Beemers with this type of engine. It’s not the newest of the newest but has proven its qualities with a long track record. Air-cooled, in contrast to the liquid-cooled flat twins that BMW currently assembles. The gears are a little shorter than on the previous RT and GS, for a more lively riding behavior.

A flat twin also means you’ll experience vibrations. This is especially noticeable at standstill. Keeping your hands on the handlebars at a traffic light is a shaky affair. Once on the move all the shaking and shuddering doesn’t really bother. It’s part of the bike’s spirit.

With its shaft drive, the nineT is a typical BMW flat twin, but it doesn’t have a telelever. The designers favored aesthetics and picked the (unadjustable version of the) S 1000 RR’s upsidedown fork. Despite being unadjustable the bike doesn’t dive too much.

Though the BMW R nineT doesn’t look very sporty, it offers quite compelling accelerations. In first gear it’s not that spectacular but in second gear it shoots away. At 6,000 rpm you reach the torque peak (119 Nm) and at 8,500 you bump into the limiter, which feels too early.

Short and sharp corners aren’t the nineT’s favourite. You’ll sense some lack of maneuverability. It likes faster cornering so much more. Then it’ll steer swift and precise, and it’ll challenge you to try and scrape a cylinder head over the asphalt.

Very lazy gear shifting isn’t an issue. Slowing back to 50 km/h in 6th gear and then accelerating again: the boxer engine hardly complains. And the six-speed gearbox is flawless.

The front brake (double 320 mm discs with radial 4-piston calipers) is easily controllable and extremely efficient. The rear brake on the other hand could use some more bite. 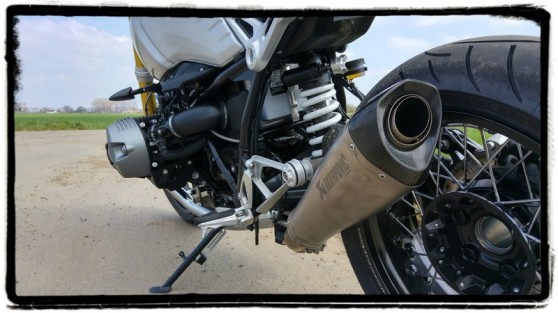 The nineT has a nice and deep growling sound, thanks to the optional Akrapovic silencer. Normally I always ride with earplugs but this time I rode without them on purpose during short rides. If you plan to ride the motorway however, those earplugs aren’t a bad idea: there’s zero wind protection on the BMW. Another side effect of the massive soundtrack is that when you’re lane splitting the bike has the same effect as Moses on the Red Sea.

When it comes to comfort, you can’t expect too much, which is of course logical with this type of bike. Although the suspension could’ve been friendlier. Of course you catch a lot of wind, and when the rain pours down, a good rain suit is very welcome. At least the boxer bumps keep your feet nice and dry during rain rides. 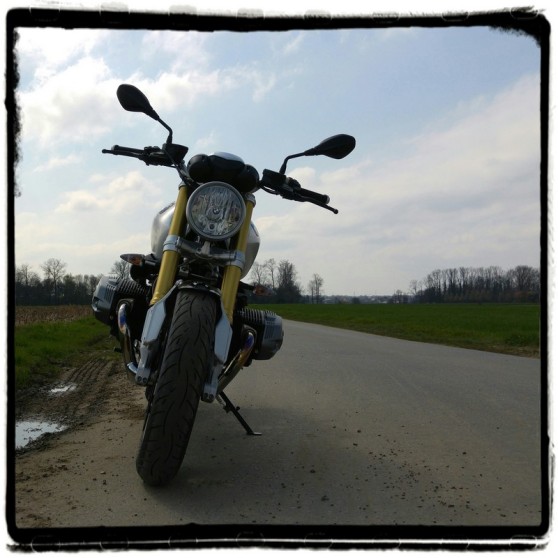 The seating position is quite sporty, but not stringent for the wrists. Eventually your back begins to crave a break, in my case after an hour and a half of riding. The legs are in a fairly sharp angle, but nothing undoable. Make sure you pick the right seat (785 mm standard height, 775 mm with the optional lower seat) for a little more angle comfort.

The dashboard consists of two analog counters (speed and tacho) and a digital display (time, mileage, gear, two trip counters, average consumption, current consumption and average speed). Too bad the distance to empty or a fuel gauge are absent.

Talking about distance and fuel: during my 1.200 km test ride I noted an average consumption of 5,8 l/100 km. Though I have the impression other bikers consume more with the same bike. I guess I have a more relaxed riding style. The tank can contain 18 liters, so in my case after about 220 km a light on the display told me I should find a gas station.

No money, no nineT

Before we wrap up, let’s talk about the R nineT’s price, which is maybe it’s biggest stumbling block. In standard trim it’s not cheap at all and on top of that it’s a bike that begs to be customized. Just look at Motokouture’s Blokbeest, El Solitario’s Impostor or what four guys from Japan built. If you see that, you can’t ride a stock nineT, do you?

If you’re not really a custom builder nor do you have a custom building buddy, than BMW offers parts to personalize your bike. But it will easily raise the price to and above the price of a R 1200 R (if you want to stay in the naked segment) or a R 1200 GS (if you’re looking for something that offers more versatility). Anyhow, a R nineT is a choice of the heart so it isn’t an easy discussion. 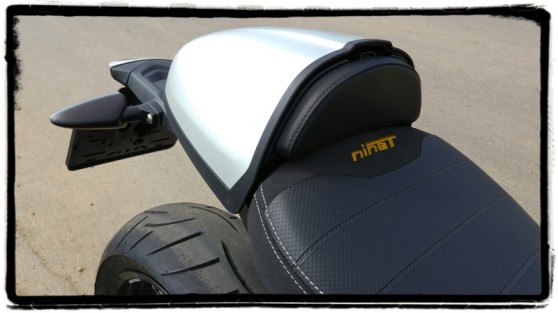 It’s very easy to fall in love with the BMW R nineT. It has tempting looks and with some personalization you make it even more seducing. The engine is fun to ride though the comfort level is low. But that’s never a priority on a naked.

The pricetag is a strain, even more if you want to customize your bike. Which seems inevitable. But if money isn’t an issue and you’re looking for a bike that’s not only fun to ride but also makes bystanders drool, than this beauty is highly recommended.

Pros
+ What a presence!
+ Lively engine

Cons
– Pricetag
– Not for long rides