This is Team Throttle’s very first comparison test and we couldn’t have picked a more appropriate duo than the Triumph Tiger 800 XCa and the BMW F 850 GS. Because both Jean and Jan F have a past with the predecessors of these two newcomers.

In 2016 Jean traded his BMW F 650 GS for a second-hand 800 GS. He added about 60,000 km to the odometer, during – amongst others, of course – that same dirty Ardennes weekend and more recently during Endurofun’s Midsummer Ride.

It’s safe to say that Jan and Jean are hands-on experts. So below you can not only read a comparison between the British and the German bike, we also looked at the progress that this duo makes on their predecessors. 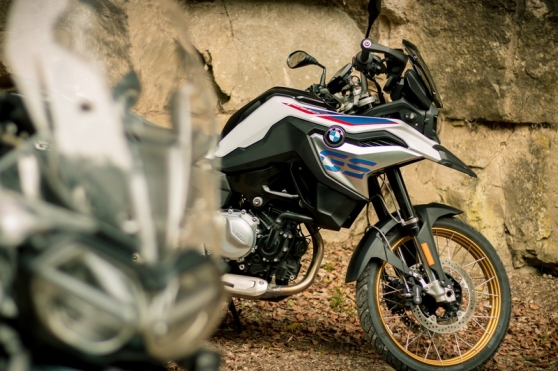 Jean: “BMW could certainly make progress. Don’t get me wrong. I like my 800 GS – I find it an excellent all-rounder – but it has some points that can be improved:

– Brakes: On uneven surfaces such as cobblestones they often don’t know whether they should bite or let the ABS do its thing.
– Suspension: Too soft overall. Especially hard braking leads to dramatic front-diving.
– Sound: Not exciting at all.
– Power: Okay-ish but you feel that it’s not a recently developed engine.
– Throttle response: Slight on-off effect. Combined with the suspension it results in a rather jumpy character.”

Jan: “The splendid engine, perfect gearbox and great WP suspension make my Tiger a wonderful bike. Only the wind protection has been annoying me for three years. Turbulence galore! An aftermarket solution helped a bit, but there’s still room for improvement. The brakes can also be enhanced, they are rather spongy. Some complained that in first gear the Tiger dares to stall, especially offroad. Isn’t it, Jean?” 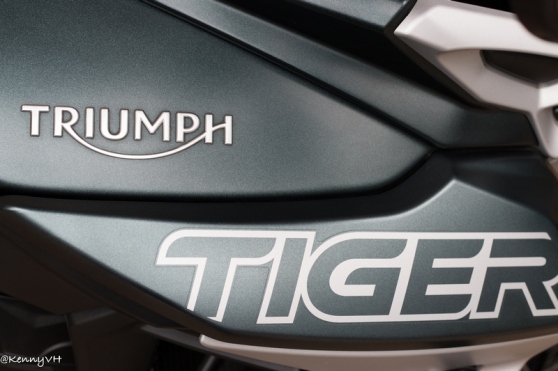 To discover if these pain points were gone, we took both new models on a trip to Luxembourg. There we were treated to a wide range of road and weather conditions. Sun and rain, boring highway and great curves. No offroad unfortunately, because one of the manufacturers said “nein”.

BMW gave us an almost full-option 850 GS, while from Triumph we got an XCa in standard fit.

Jan: “For those who are not familiar with the Tiger 800 range: it’s divided into two lines, the street-oriented XR models and the offroad oriented XC models. Each line has a number of equipment levels, of which the XCa has the highest (and the most expensive) level. In other words: with the XCa, the option list becomes pointless.”

Jean: “While at first sight the Tiger barely changed, BMW clearly unveiled a completely new model. The design leaves no doubt about that.”

Jean: “That difference doesn’t go unnoticed. The 850 GS is a lot snappier than the 800 GS. More vivid in low revs, stronger in the middle zone and more power in the higher rev range. As a result, it feels al lot less small GS than the 800. The Tiger too seems less energetic in comparison.”

Jan: “You probably need thorough Tiger knowledge to notice it, but the Tiger 800 has a new windshield, new lights, a new dashboard and control buttons, new mirrors and a new sound. As a result, to me the new Tiger seemed like a totally different bike than my own Tiger: if you ride it, everything you see and hear is different.”

Jean: “The engine also got an update. Triumph claims that it has a more responsive power delivery. Are they telling the truth, Jan?” END_OF_DOCUMENT_TOKEN_TO_BE_REPLACED