In 1937, Triumph launched the Speed Twin 5T, the first series-produced 500 cc parallel twin. It would become an example for many other twins that followed. And now Triumph reintroduces one of the most glorious names of its history, with the 2019 Speed Twin.

On Triumph’s list of modern classics, the “new” Speed Twin sits nicely between the Street Twin and the Thruxton. Its looks are clearly copied from the Street Twin while the Thruxton set the standard for its performance level. The result of this combination had to be a retro-styled motorcycle with modern technology and the handling qualities of a naked. So did Triumph achieve this? 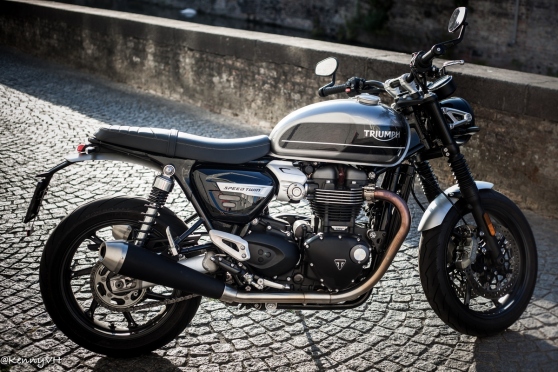 The design is more than good. What a beauty! The Speed Twin looks as classic as the Street Twin but can’t hide its sporty ambitions: weight on the nose, the tank tilted slightly forward, the rear set high. I hope you don’t mind I’m drooling a bit. 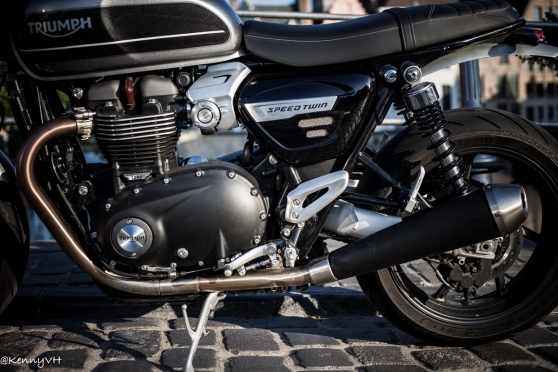 The beautiful engine, with the cylinders nicely visible from all sides, the uninterrupted exhausts, the brushed aluminum parts, and that paint job! END_OF_DOCUMENT_TOKEN_TO_BE_REPLACED