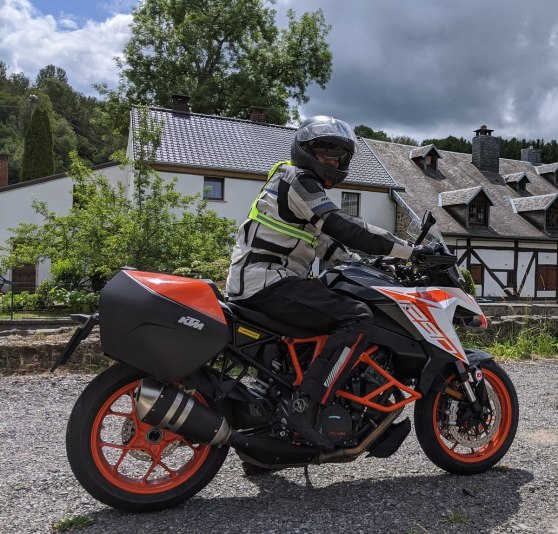 KTM has been producing one of the most radical supernakeds on the market for a couple of years now. The 1290 Super Duke R, nicknamed The Beast, received a complete make-over for 2020. A few years earlier though, someone at KTM must have seen some touring potential in the Super Duke: mount a windscreen, add a larger fuel tank, stick on some panniers and there you have it: the KTM 1290 Super Duke GT was born. At any other manufacturer you would be fired on the spot, but not at KTM. Over there even the touring machines are Ready to Race. 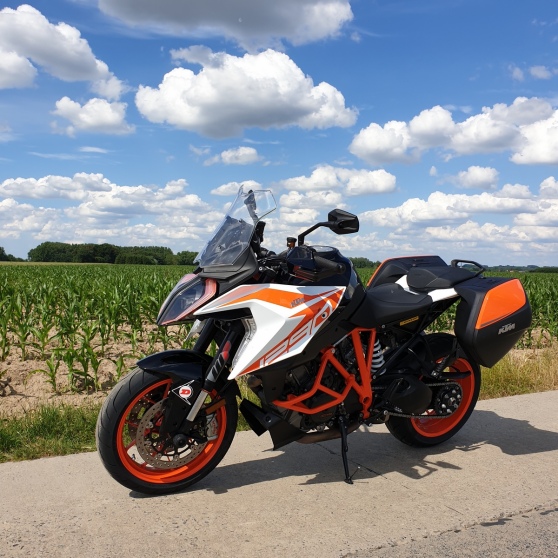 The GT’s 2020 model is still based on the previous generation Super Duke. The engineers merely pinched off some top-end power of the original beastly engine: it still delivers 175 bhp and 141 Newton meters of torque. More than enough to turn the GT into a proper rocket. One that is fit to travel in style. Even though the Kiska design is not everybody’s cup of tea, the GT stands out with its aggressive headlights that are flanked by LED cornering lights and blinkers that are integrated into the fuel tank. The wide shoulders and narrow hips are END_OF_DOCUMENT_TOKEN_TO_BE_REPLACED